In Your unfailing love, silence my enemies; destroy all my foes, for I am Your servant. (Psalm 143:12)

Choose to be free from the tyranny of those who would try to threaten and control you (the oppressors - government, employers, "friends", family). Do not fear them or what they may threaten to do. They have nothing to offer that you can't break free and do better yourself.

The theme of this web page reflects that of the 1973 movie, Walking Tall.

Identify them: Learn everything you can about them (then take action):

DO YOU KNOW THE ENEMY BETTER NOW?

Those who stand for nothing will fall for anything. Many will talk a good talk until they are confronted or lose faith, then they will slither away and hide or join the opposition. You Must Be Determined in your heart, mind and soul to stand strong in your convictions and actions to execute plans and accept the consequences, no matter what happens. 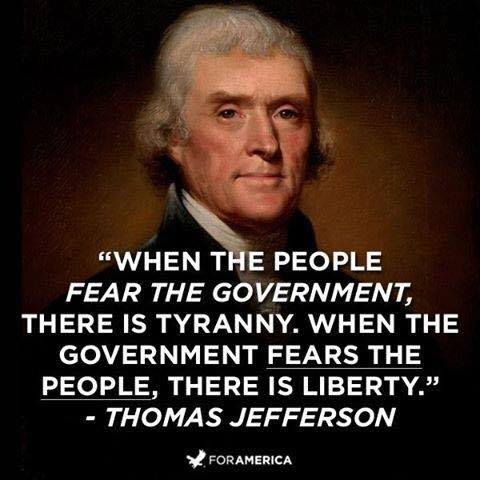 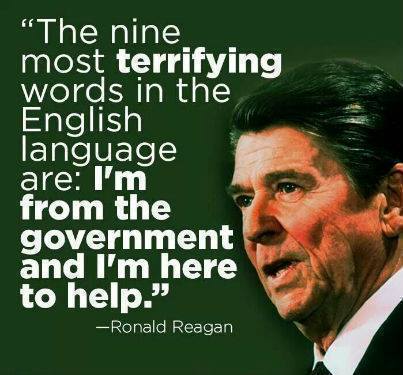 Doing nothing (apathy) in the face of tyranny makes you a "good german". Understand, however, today's geo-political atmosphere is antagonistic toward conservatives; their fears ignored, their priorities dismissed, their values ridiculed. Taking a stand (not being a good german) means taking a chance and preparing to defend oneself. But joining with others of like mind will ensure that our voices are not just heard but heeded and that the American Dream becomes our dream again. Don't let fear stop righteous actions.

Here are some thoughts and videos to encourage Real Americans to take a stand against "the mob" (including radical, tyrannical, out-of-control governments). Don't let them intimidate or threaten you. YOU are the thin line between good and evil. Evil caves when good takes a stand. "The only thing necessary for the triumph of evil is for good men to do nothing." -- Edmund Burke

(2) Don't Act Like the Mob - Be Kind to Others - Practice the changes you want the world to be. Pray for, and be kind to, those who oppose you (the enemy).

(3) Get back to living a normal life, on your terms, with your circle of family, personal friends, groups and church.
(4) Become more self-sufficient.

(5) Don't back down on your beliefs. Try to communicate, in a civil and polite manner, your beliefs to friends, family and politicians. Find some common ground to agree on. Can all of you agree on "The Bill of Rights"? But don't try to argue with the mob to put yourself in peril. The twisted minds of a radical mob can't be changed and they get away with violence thanks to tyrannical governments.

(6) Always be prepared to physically defend yourself and family at home or when traveling. Always be aware of your surroundings. There is no safe place from violence.

(7) Prepare for times to get worse. Stockpile and develop backup plans.    [Link 2]

(8) Be Politically Involved:
(9) Learn How to Fight City Hall and Win: Often, individual citizens find themselves overwhelmed by the threat of coercive power and bureaucratic excessiveness. How can one person confront government? It's much easier to simply go passive but don't be intimidated. There are a number of orderly ways to Fight Back and Win:

How do taxpayers take back control of government?: It must become second nature for Americans, in general, to once more take it for granted that certain things are just not done — more precisely, that it is the duty of government to protect the right of all individuals to their life, liberty, and honestly acquired property, and not to violate the people's rights. Do the citizens have a right to overthrow their government? Yes, the most peaceful way to do it is to vote, take an active interest in government and keep politicians from becoming 'career' politicians.
[Article 1]    [Article 2]    [Article 3]    [Video]    [Books on Amazon.com

(10) Take Government to Court: United States constitutional law is the foundation of American society. Federal and state constitutions define the relationship between the branches of government and impact every aspect of life and commerce. From constitutional law we derive our rights and freedoms as citizens and the boundaries of government. If you have an issue that involves your constitutional rights, you will need an attorney who practices in this highly complex and challenging area of law. Volumes have been written by the courts in interpreting what the constitution says and what it means. The clients of constitutional law attorneys include citizens suing the government, bureaucrats, and criminal prisoners.

(11) Don't do business with companies that support mob-related activities and agendas. Buy the things you want from suppliers that are in line with your moral values. With few exceptions, "big corporations" and "big tech" fund and support anti-american-value agendas. With a little research, who they fund can be revealed.

(13) Organize and participate in neighborhood watch and/or state malitia groups. While a single person can effect change, strength in numbers is not just a cliché, it's a fact. Working together for a common cause provides security and power to the cause. Be cautious of "pretenders" in the groups.

(14) Avoid total dependence on technology for communication and information. Think about writing letters, reading books from libraries and subscribing to newspapers and publications.
References: When Technology Fails and Emergency Communications

(15) Educate Our Children at Home or Online: When sending our children to public, government-controlled school is against our beliefs, you can do a much better job with selecting your child's curriculum and content than public school teachers, regardless of your level of education.

(17) Ignore the verbal (or written) bullies: When I had my own company, I received a letter from an attorney threatening to sue me because of something [legal] I did that his client simply didn't like. At first, I was anxious about the letter because I had never been sued in my life. So I consulted my company attorney who simply said "ignore it; if they are serious about suing you, let them take further action. A letter (or threat) is nothing but bait to see if you'll bite. Don't bite." I paid $250 for that advice which you just got for free. I didn't respond to the threatening letter and I never heard from the attorney or his client again. " . . . but Words will never hurt you". I've also been banned by Twitter; no big deal. I'm on 7 other social media platforms. It takes at least two to argue. If you're not part of the argument, the other party ends up talking to them self. If it's a threat of bodily harm, report it to the police for an official report, be alert to suspicious activity and prepare to defend yourself. But, ignore the verbal/written bullies and 99.9999999% of the time, they will go away and try to find a victim that takes their bait.
10 ways to fight back against woke culture
Defeating Cancel Culture Is Way Easier Than We Think It Is - it wouldn’t have any teeth if we didn't capitulate
Here's One Way to Stop Cancel Culture — Stop Canceling

(18) Do Your Best to Stay Under the Radar: Across the world, our lives are being tracked and monitored as never before. Maybe you want to be off the government grid or, maybe, you just want to have less information out there about yourself for privacy reasons. There are ways you can do this but you may have to give up some "conveniences". Preparation Is Key; while implementing these methods all at once may not be practical, they can be phased in a little at a time. Knowing that it's possible is the first step. For more information on this topic Surviving Martial Law.
Also Read: Ways to Keep Government Out of Your Business and How To Disappear Completely – The Great Vanishing Act

a. Become more self-sufficient. Learn to "Do It Yourself" (DIY).
b. If you can't "do it yourself", Barter (no money changing hands) with people who can.
c. Share less online, and beware of social media exposure risks
d. Use a P.O. Box as your address
e. Always protect your private data
f. Pay in cash, leave no trail (become unbanked or convert everything to cryptocurrencies)
g. Buy, and use, a [cross-cut] paper shredder on all discarded documents and mail
h. Do business with reputable companies
i. Put tape over your computer's web cam and harden your security cameras
j. Maintain two email addresses; one for personal friends and the 2nd for everyone else
k. Remove your info from the internet
l. Use a safe search engine, like DuckDuckGo.com, that doesn't track and record your search activity and IP address
m. Use a VPN (virtual private network service) for any internet connection
n. Clear your cookies and search history before closing any web browser
o. Build a fence, install a gate to deter unwanted visitors
p. Plant trees and shrubs for privacy
q. Know who your "real friends" are. In every group of relationships, there will be at least one "Judas"; morally weak, gossip, untrustworthy.
r. Do a background check investigation before making a big personal or business decision.
s. Make your phone number private
t. Know your rights and the Constitution
u. Pay taxes and conduct honest business
v. Take an serious interest in liberty, freedom and privacy


(19) Move away from wherever the Mob is entrenched and supported by radical governments. They don't deserve good citizens.
Sometimes "standing up" to the mob means not sitting around while everything burns around you. It's tough to pull up stakes and move away from the familiar. But when the familiar begins to morph into a violent, vile cesspool, it may be time to reconsider why you are hanging around. Anyone who has tried to discuss morality with a radical, realizes they are wasting their breath. The radical has lost all sense of right and wrong. They have no conscience. Wrong possesses them (Ephesians 4:19). Even God has given up on such creatures (Psalm 81:12). It may be time to pull up stakes and seek areas that are nice to live and let the radical-controlled cities and states burn themselves down as they are intent on doing. Just don't be like Lot's Wife (Genesis 19:26) or the people of Noah's day.

Most conservative politicians are worthless to stand against radicals and the liberal ones are probably contributing to liberal agendas. Conservative media outlets just talk, regurgitate, complain and incite but provide little in the way of actions we can take to counteract this new era. Here are other things to consider but the best thing may be to move away from the insanity. But, unless you go completely off-the-grid, Godless governments will find you.


What to do if Squatters Take Over Your Property:
Squatting, also called adverse possession, refers to a person intentionally entering a property that they do not own or have permission from the legal owner to reside in or on, with the intention of acquiring that property. Squatters are people who move into abandoned, foreclosed, or otherwise unoccupied homes. If you suspect you have squatters in your neighborhood, contact the police and the homeowner, but stay calm and let the authorities deal with the situation. Also read:
How to Deal With Squatters in Your Neighborhood
How to Handle a Holdover Tenant
Legal How-To: Getting Squatters Evicted
Report Squatters & Vacant Houses
How to Prevent Squatters

See Also:
Signs of the Last Days
Become Self-Sufficient
Job Loss Plan B
Defense Strategy
Defense Against Mobs
Government Activism
Politicians: Don't ReElect Them. Support Term Limits on Them
Response to Being Accosted in the Car